Purasolve PWD is a powerful non-evaporative solvent that can replace hazardous solvents. It is a new counteracting formulation comprised of plant-based ingredients. Contradictory to the traditional solvents, the benefits of Purasolve PWD include the following features:

Purasolve PWD is a safe and effective substitute for eliminating paraffin and asphaltene deposits. It can be used as either a stand-alone solvent-based treatment or concurrently with hot oiling methods.

Purasolve PWD makes the hot-oiling method more effective as it escalates the solvency development of the hot oil and holds the melted paraffin in solution even after the oil cools down. Depending upon the amount of paraffin and/or asphaltenes present Purasolve PWD may be introduced into a hot-oiling process at 100% concentration at a varying ratio of 0.5% to 5% of the crude oil volume.

Purasolve PWD will “thin and dissolve” the paraffin and asphaltene deposits so that the discharge is greater through the tubing, lines, pumps and valves without causing damage. By melting the deposit, paraffin and asphaltenes can be efficiently extracted from storage tanks, shipping containers and tanker trucks. As a result of the nature of the biobased solvents, Purasolve PWD does not need to be removed from the melted deposits and can enhance the production process of crude oil. 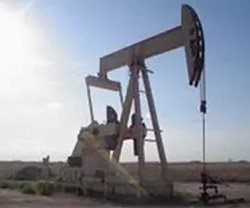 There are several contributing reasons why oil wells may have reduced production. Some of the factors are naturally occurring, but others are caused by poor production or are well-specific and can often be fixed by adding Purasolve PWD. Natural causes include streaming potential due to the flow of the oil and temperature drop at the face of the formation due to the expansion of fluids as they enter the wellbore. Two wells adjacent in the same field may have two differing crude oil characteristics pumping from the same reservoir, therefore, crude oil paraffin and asphaltene content and their impact on production are “well-specific” in nature. Additional to the paraffin deposits, while containing asphaltenes, they may also contain resins, gum, salt crystals, scales, clay, silts, sand, and water emulsions.

Further contributors to the deposition may be poor production practices such as attempting to pump more than the well’s capacity, or the injection of cool fluids including surfactants, acids and solubilisers. Although hazardous solvents such as Benzene, Xylene and Toluene have traditionally been used to remove deposits, they have been known to create other problems related to worker and environmental safety.

Therefore, where paraffin and asphaltene deposits are the primary reason for a decline in production, the introduction of Purasolve PWD as part of the treatment process is designed to eliminate these deposits in flow lines, tubing, valves, pumps, tanks, etc. with minimal downtime, and will improve life-cycle maintenance costs of equipment parts. 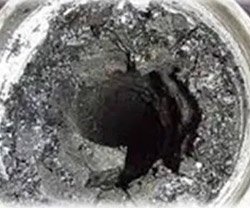 Paraffins are straight or branched chain non-polar alkanes of relatively high molecular weight. Their chains usually consist of 20 to 60 carbon atoms with a melting range of 36° to 102° C (98° to 215° F). Asphaltenes are different; they are high molecular weight cyclic aromatic compounds that usually contain nitrogen, oxygen and/or sulfur in their molecular structure and melt at a higher range than paraffins. Asphaltenes are usually negatively charged polar compounds. In general, the lower the API gravity of the crude, the more asphaltene is present, for example, a crude of 9 API gravity contains about 82% asphaltene, whereas a crude of 41 API gravity contains only about 3% asphaltene.

It is the precipitation of these two hydrocarbons which leads to the problems in production or operation, not their mere presence in the crude oil. The precipitation and deposit of paraffin and asphaltenes are generated by a change in equilibrium conditions surrounding the production of petroleum, including pressure, temperature, flow rates and/or electrostatic effects. 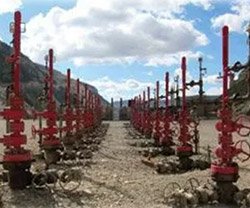 As a result under these circumstances, precipitation will occur and can cause permeability reduction and damage to the formation.

The most popular method for removing paraffin and asphaltene deposits has historically been the use of solvents such as Benzene, Xylene, Toluene and Chlorinated Solvents. This method is also the most dangerous. While effective at removing these deposits, they are extremely hazardous for workers and the environment. For example, Carbon Disulfide has been banned in some countries because it is explosive with a flashpoint of -30° C (-22° F), and is highly toxic.

Other complications associated with traditional solvents include:

In addition to the health and safety problems associated with “traditional” solvents, if the solvents are not removed from the well when they reach their saturation level, the melted paraffin will precipitate out of the solution and lead to “clogging” problems. Therefore, these solvents should be removed quickly with extreme caution.

Although naturally occurring heavy hydrocarbons such as paraffin, wax, asphaltene and tar are often referred to as heavy deposits they are among the easiest to solve by improving your pumping solutions. By introducing Purasolve PWD into the treatment process, production efficiencies can be increased from 25% to 75% or even 100%.

Paraffin wax build-up was blocking filters in a tanker, which was time consuming to clean. Purasolve PWD efficiently resolved the issues.

A tanker was having issues with heavy paraffin wax buildup which affected the rail tanker’s storage capacity. Envirofluid recommended the use of Purasolve PWD which … 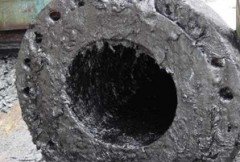 As much as 85% of the world’s oil is prone to precipitate paraffin deposits which, over time, can reduce oil flow to such a degree …