Organic waste, such as dead leaves, animal manure, food waste, and even sewage, that are present in water supply are decomposed by bacteria. These microorganisms use dissolved oxygen to break down the organic matter, whilst releasing energy to grow and reproduce. The number of microorganisms that live in these environments tend to grow according to how much food is available. However, when this happens, the bacteria consume much of the dissolved oxygen, resulting in the deaths of fish and aquatic insects due to oxygen depletion.

Organic pollutants could also be substances like cleaning agents, petroleum, and solvents that can get spilled, leaked, mixed, or flushed into water systems.

What is Biochemical Oxygen Demand?

Biological Oxygen Demand, also known as Biological Oxygen Demand (BOD), is the amount of oxygen required by microorganisms to break down organic waste at a certain temperature over a particular period of time. BOD levels will be high if there is a large quantity of organic material present in a water supply, since there will be a large number of bacteria present to dissolve the waste. Treatment will then be administered in order to reduce the amount of organic waste prior to discharging into receiving waters.

It is important to note that a variety of factors affect the rate of oxygen consumption, such as temperature, pH, the occurrence of some kinds of microbes, and the kind of organic and inorganic material in the water.

BOD measurement is done over a period of 5 days at 20 degrees Celsius, which was determined by the Royal Commission on Sewage Disposal (1898) as an appropriate test period. 5 days is supposedly the longest time it took for river water to reach an estuary from its source in the United Kingdom. In the mid-20th century, incubation periods of 1, 2, 5, 10 and 20 days were being used. However, the 5-day incubation period is still used to this day in wastewater facilities.

Why does BOD matter?

Measuring the BOD concentration in a water supply is important to determine its quality. In the case of wastewater treatment, it can help determine the effect that the discharged wastewater will have on the environment, human, and animal populations. It is essential to ensure that the water source is of high quality before it is released back to the environment in order to prevent health risks to the public.

What is Chemical Oxygen Demand?

Chemical Oxygen Demand (COD) refers to the amount of oxygen required to chemically oxidize organic compounds, such as petroleum, solvents, lubricants, cleaning agents, etc., in water. When measuring COD, a strong chemical oxidizing agent, such as potassium dichromate or potassium permanganate), is used in order to chemically oxidize organic material in water samples. This is done under heated and strongly acidic conditions.

Why does COD matter?

Similar to BOD, COD is a general indicator of water quality. In contrast to BOD, COD testing only takes a few hours to complete. For this reason, wastewater treatment facilities use both BOD and COD testing to monitor the treatment process, with COD testing being used to scrutinise the day-to-day operations.

If BOD were the only testing available, treated wastewater would not be released until results are verified, and any problems detected during testing are resolved. The entire process would take far too long.

Are Residual Disinfectants Effective Against the Coronavirus?

Person-to-person transmission through respiratory droplets is believed to be the primary way that the coronavirus is spread. However, experts do not want to discount the possibility that indirect transmission can happen when a person touches a surface contaminated with the virus, and then touches their own mouth, nose or even their eyes. This makes not [...]

Preparing to Reopen Your Business During the Pandemic

The federal government is urging businesses to develop a plan for reopening and getting employees back in the workplace. Early in May, the Australian federal government has announced a three-step plan, called the Roadmap to a COVIDSafe Australia, to help businesses safely bounce back from the epidemic and pave the way for economic recovery. Each [...] 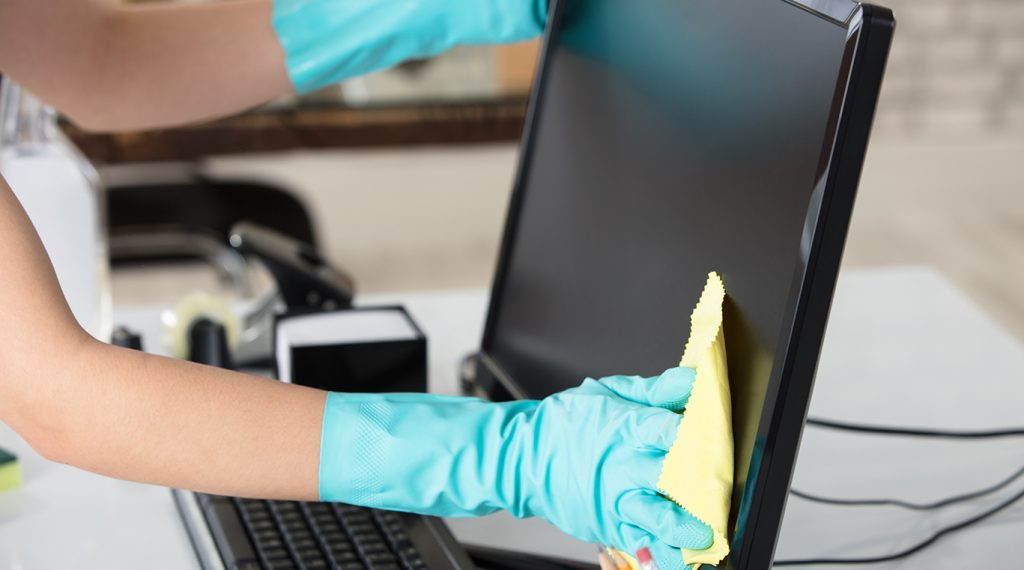 Why it’s Important to Maintain A Clean Workplace

Maintaining the cleanliness of the workplace doesn’t stop at the break room or restrooms. You’d be surprised to know that bacteria lurk in items and places you would least suspect. If you were told that sitting at your desk 8 hours a day exposes you to germs, would you believe it? There are occupations that [...]