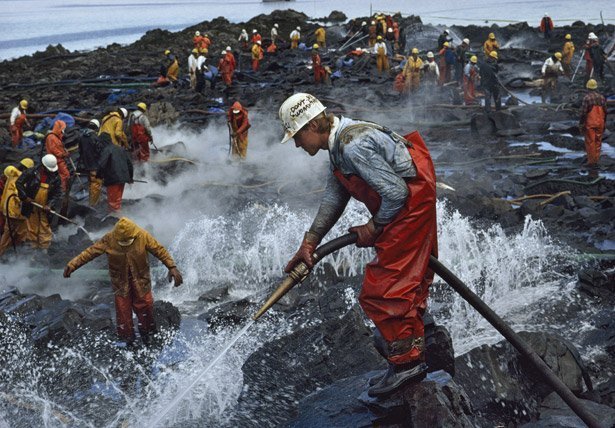 Every oil spill is different and brings its own challenges due to oil type, weather, location, economics and political pressure. Broadly speaking, however, there are four main methods of oil spill response currently in use:

Method 1: Do nothing and let nature clean up the oil spill

For oil spills far out in the ocean sometimes the best strategy is to do nothing. If there is no chance of the spill reaching land or drifting too close to sensitive marine areas, it can be safely left to disperse and biodegrade through natural processes.

Method 2: Contain or isolate the oil spill with booms and collect

In some situations it may be possible to surround all or part of the oil spill with booms preventing it from spreading uncontrollably. Booms can also be used to block an oil slick from entering vulnerable or sensitive areas such as inlets, fishing grounds or shoreline infrastructure. Once contained the oil can be collected by skimmers and sorbents or sometimes burnt in situ.

Method 3: Apply dispersants to break up the oil spill

The use of chemical dispersants has always been controversial. Dispersants act by reducing the surface tension that stops oil and water from mixing. This allows wind and wave action to mix the two together with much of the oil sinking below the surface. From there it biodegrades over time. The introduction of oil below the water surface, however, can affect marine life including deep-water corals and sea grass. It can also cause oil to be temporarily accumulated by subtidal seafood. The dispersant itself can also be toxic.

Microorganisms can assist with accelerating the biodegredation of oil – especially along shorelines. Clean-up crews can accelerate this process by adding fertilizers which encourage microbial growth or by introducing specially engineered microorganism which are purpose built to eat oil. 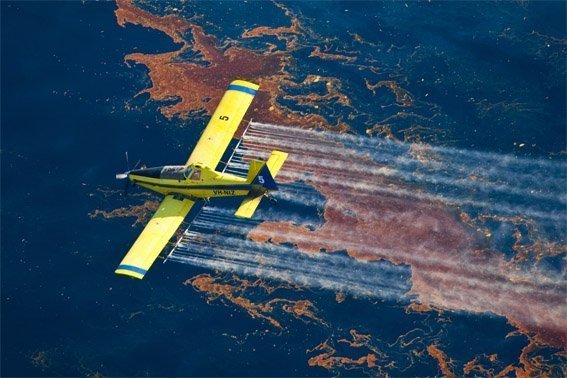 Oil spill dispersants can be effective in accelerating the break-up and biodegredation of an oil spill; however there is much controversy over their use. Dispersants are designed to reduce the amount of surface oil by allowing it to mix in the water column. Doing this may push much of the oil out of sight (and out of mind); however it is widely agreed that the process causes more unseen environmental damage than the original oil spill would have on its own.

By emulsifying oil and seawater, chemical dispersants make that oil more bio-available to sea life – especially small organisms. A recent study published in the Environmental Pollution journal has found that this can make the spill 52 times more toxic than the oil alone.

This increased toxicity has the capacity to effect marine life throughout the food chain including planktons and other microorganisms, sea grasses and shell fish, which in-turn affect larger marine animals who rely on them as part of the ecosystem. By upsetting the very fabric of the marine ecosystem, sea life as big as whales can be adversely affected by the use of chemical dispersants. It can also have disastrous results for communities who rely on seafood for their livelihood and diet.

In shallow water, dispersants can be so destructive that they are banned by many environmental authorities. In these areas the sinking oil causes an oil slurry to build up on the sea floor. This slurry can coat plants, crustacean and corals with a toxic film causing untold environmental damage.

Sadly the use of traditional dispersants will remain popular amongst many stakeholders in an oil spill situation because it does help prevent surface oil from reaching beaches or affecting birds and surface life such as dolphins and penguins. In an effort to prevent these sad images from appearing on TV, however, some oil spill response plans may be causing far more serious problems beneath the ocean surface – where the most marine life exists.