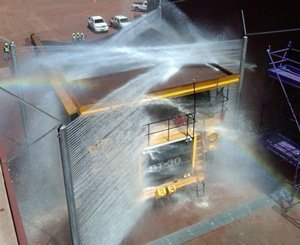 The Role of Cleaning & Degreasing

The task of industrial cleaning and degreasing covers a wide range of applications across almost every conceivable industry, particularly in wash bays for heavy vehicles, trains, and aircraft. Regular cleaning is a vital part of most industrial maintenance regimes and it’s not just about maintaining appearances. Keeping equipment, vehicles and workspaces clean is an integral part of looking after critical infrastructure as well as maintaining a safe and healthy working environment.

Types of Soiling and the Impact on Degreaser Choice

Put simply “soiling” is any unwanted substance that covers an object. Whilst that could mean almost anything, it is possible to break soils down into two categories:

Most industrial cleaning tasks require the removal of mixed soils, which is a combination of both organic and inorganic materials. In these situations organic contaminants such as oil and grease build up on equipment where they bond with dust, dirt and other matter.

Traditional industrial degreasers are based on a combination of ingredients that are combined in varying degrees to obtain the desired cleaning / degreasing effect. Some of these ingredients can cause significant unwanted side-effects such as damage to equipment or contamination of waste-water.

These typical problematic ingredients include:

These ingredients each have varying degrees of toxicity and physiochemical risks associated with them.

Acid and alkali degreasers remove oils and other soils through aggressive chemical reactions. Whilst these reactions can be effective at degreasing surfaces, they can also just as easily damage the surface being cleaned. They can also pose burn risks to workers and can harm the environment.

Many degreasers contain toxic and environmentally damaging surfactants and/or solvents, which can cause harm to people and the environment. Butyl Cellosolve, for example, is a primary ingredient in many popular degreasers today; however, it is well known to be very harmful to humans. There are many other toxic solvents hidden within degreasers in common use today.

One of the greatest issues with traditional degreasers is emulsification. Emulsifiers remove oil from surfaces and hold them within the water mixture for long periods of time. Whilst this can be an effective way to degrease, it leaves behind a large volume of highly contaminated wastewater which cannot be disposed of safely without expensive processing.

The wastewater produced by emulsifying degreasers contains high concentrations of toxic hydrocarbons. Because these hydrocarbons are so effectively mixed with water, they become highly “bio-available” meaning they are easily ingested by plant and animals – particularly marine life.

There are strict regulations in most countries on the levels of hydrocarbon allowed in wastewater. In almost all cases, an emulsifying degreaser will produce wastewater that does not fall within these regulations.

Developments in chemical technology have led to the development of industrial degreasers that overcome the problems associated with traditional products.

New and more effective degreasers are now available which are derived from plant-based materials rather than petrochemicals. Advances in surfactant technology have also done away with the need for many of the problematic ingredients found in degreasers, which can affect wastewater quality and place the environment at risk.

Aside from the environmental impact, the right choice of degreaser can have a massive and direct impact on the costs of wastewater processing.

New heavy-duty industrial degreasers are now available which are actually more effective than the toxic, dangerous productd they replace. Non-toxic, quick break degreasers that lift oil-based soils without causing an emulsion are the leading solution to safe, eco-friendly industrial degreasing.

Derived from natural ingredients, these bio-based degreasers are safe for workers, eco-friendly and lead to better waste water quality by enabling full separation of oil and other hydrocarbons in oil water separators.