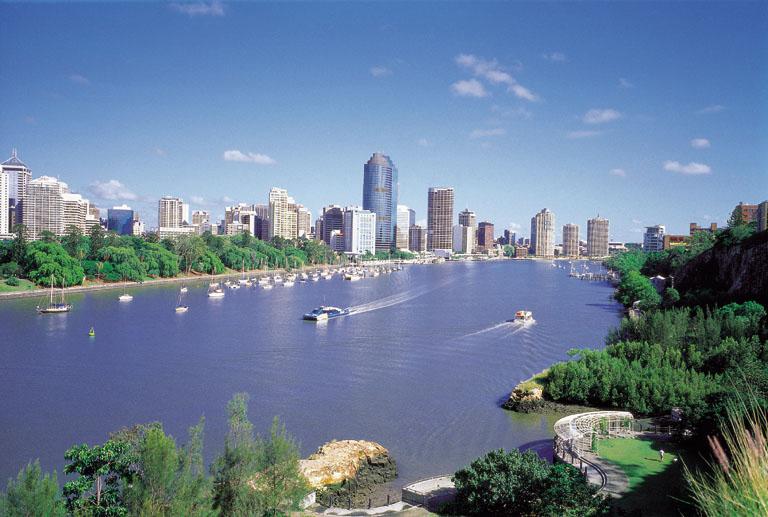 The Brisbane River is the longest river in South East Queensland. It is a both a busy boating carriageway and a treasured natural resource; home to the rare Queensland lungfish, Brisbane River cod and bull sharks.

An oil spill during a routine refuelling procedure within the Brisbane Port area threatened the river’s sensitive marine environment. Triple7 BioConcentrate was used to effectively clean up the spill, without dispersing oil and dangerous chemicals under the surface where they would cause the most damage.

A bunker barge was delivering oil to a ship when the hose connection failed, spewing out oil across the ship’s hull and into the water. The ship’s operator and bunker barge owner had to move quickly to clean the vessels, and remove spilled oil from the surface of the water where it was a threat to birds and marine life.

Cleaning up the spill

Triple7 BioConcentrate was used to clean the oil covering the side of the ship and affected parts of the bunker barge. The ship was raised up by about 450mm by removing ballast to make the oil stained hull more accessible, then the product was applied and rinsed off using a small dingy. Only a small amount of the product (around 20 litres), diluted at 10% was required to completed the entire clean-up operation. Finally, booms were deployed to collect the oil on the surface of the water.

To be approved by AMSA, an oil spill cleaning agent must comply with strict environmental rules and regulations. AMSA is concerned about the environmental effects of not just the oil, but of the safety profile of the chemicals used to clean up the spill.

Some cleaning chemicals must be avoided because they are acutely toxic to marine plants and wildlife or cause long term harm to organisms though bio-accumulation and hormone disruptions. Some chemicals are banned because of the way they interact with the oil, causing it to sink and disperse into the water column. This can cause catastrophic harm on the sea floor where many marine plants and animals feed and reproduce.

Triple7 BioConcentrate is approved by AMSA as both a surface cleaning agent and an oil herding agent because it is non-toxic and does not cause oil to sink into the water. In this situation, the product easily and effectively cleaned the vessels involved in the accident without harm to the fragile natural environment of the Brisbane River.